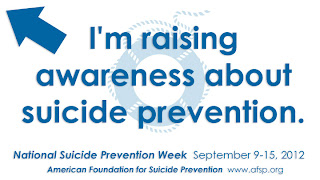 image credit                                           image credit
September 10-16 is Invisible Illness Week and Suicide Prevention Week.
In their first effort at writing together, bloggers Amanda, Marisa, and Sara
each weigh in on three different topics related to invisible illness
and/or suicide prevention and awareness.
Living with an Invisible Illness
[Amanda]
This week, there have been a lot of things to think about. It’s Invisible Chronic Illness Awareness Week. My friends with Inflammatory Bowel Disease (IBD), Fibromyalgia, Lupus, and so many other invisible diseases have taken loud and proud to the internet, advocating for their condition and their community, bringing light to the things that they quietly endure, day after day, week after week.
My story isn’t quite that clean cut.
I am living with an invisible illness. One that will affect me in part, or in whole, for the rest of my life.
My illness does not have a name.
It has symptoms. It has incredible agony. It has comparisons to formally labeled and recognized diseases.
Having an undiagnosable, invisible illness is overwhelming. It’s exhausting. It’s harmful – physically, and mentally. It comes with a stigma. With doubts. It comes with far too many people who don’t believe me.
When I got sick three years ago, everybody was sure it was IBD. A few non-invasive tests later, I was dismissed with some pain medication. For almost twenty-four months, I suffered in silence. My symptoms came in phases – sometimes lasting months, sometimes only lasting days. During these times, I had to be picked up from my city apartment and brought back to my mom’s house in the suburbs, where she could help take care of me, watch over me, and do the things I couldn’t relative to comfortable living (figuring out what I could eat, when, and how; doing laundry; changing my sheets). Last summer I was feeling stronger, and perhaps even like things might have been under control. I moved away from home, to a new state, to start graduate school. I was hospitalized four times that semester.
I transferred home, moved back into my mom’s house, and committed to putting my health first. I existed for a few months – never good, never on deaths doorstep. Somewhere… in the middle, but closer to the bottom. At that point, I was used to fighting through each day, to struggling just to exist.
In March, I ended up in the hospital for a long time. I was pumped full of every drug in the book, underwent a large majority of tests available to the GI world, and was released – heavily medicated and without any further understanding of what my body was doing than when I was admitted. For nearly six months now, I have bounced from doctor to doctor, specialist to specialist, test to test. I’ve been required to under-go three psychological evaluations. I’ve tried way too many medications to count. I’ve wanted to give up more times than I’m comfortable admitting.
So, here we are. In the middle of September. We’re promoting invisible chronic illness awareness week, and I find myself a little lost. For my friends, although their diseases are invisible, they are wonderful advocates within their communities, they have become proud to talk about their health journeys, and to educate others on the conditions they live with. What do I do? How do I explain the nightmare I’ve been living in? How do I bring my undiagnosed, invisible illness out into the light? Nobody wants to hear a laundry list of my symptoms, or the meds I’ve tried, the hospitalizations I’ve endured, the months of laying alone in my bedroom, feeling like the only person in the world falling through the cracks.
I don’t know the answer to that question. But I do know how to write. So today, we bring invisible illness to light … whether or not it has a name. Whether or not it has a face. Whether or not we’re comfortable or able to talk about it. Today, we raise our hands, to show our friends, and our families, and strangers we’d one day love to meet that they are not alone. 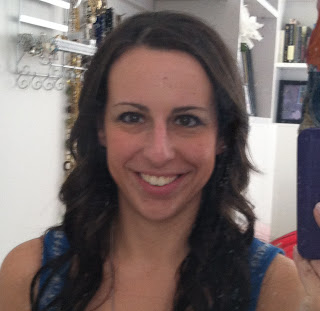 About Amanda: Amanda writes this blog

and lives with an undiagnosed illness affecting her gastrointestinal system, in addition to Fibromyalgia, Chronic Fatigue Syndrome, and Interstitial Cystitis. She has had one hell of a year, and somehow, is still standing (or actually propped up on the couch by pillows). In the last few months, Amanda’s recent foray into online communities and support groups for those suffering medical ailments has brought some wonderful and irreplaceable friendships into her life.  The more she talks with others who write with a passion, read fervently, manage their hurt, and reach-out with others, she has become inspired to write more, to talk more, to do more.  Currently she has become a little befuddled by where she fits in, as she doesn’t yet (and honestly, may never) have a label for the pain and other symptoms she experiences, but her friends have encouraged her to share her story.  Her biggest hope is that by writing, others will find themselves feeling a little less alone.
Some of the Psychological Impacts of Living with an Invisible Illness
[Marisa]
It is invisible illness week and I wanted to spend a little time talking about how having a disease that no one would know about or suspect unless I told them, has affected me emotionally and to a large degree, physically.
Since I was diagnosed at the age of 13, I look different basically every time I go out. My weight has fluctuated 60lbs due to medication, surgery, illness, and I suppose a non-traditional eating disorder. My hair is sometimes thinner depending on how much stress I am under, my skin is sometimes very bad because of stress and medications. Because no one would know what I have been through  just by looking at me, I find myself subconsciously doing things to make it known that I am not OK. I say subconsciously because up until recently, I actually did not realize the reason behind why I was doing what I was doing.
I will just come out and say something that I have only said out loud to a couple people – I want the world to know what I have been through and the hell I continue to deal with day in and day out.
And because ulcerative colitis, kock pouches, and ileostomies can be hidden, which in many ways is a good thing, I find myself looking for alternative ways for people to understand what I have gone through. I truly want to stand up on national television and tell the entire world, especially those people that were in my life and whose friendships I lost. My ex best friend, I will call MM, is someone who I lost because we “were in different places.” I was a year behind her in school because of all the surgeries, hospitalizations, etc.  I have lost many friends over the course of my life, but this one, I will never forget. It is because of people like her, that I want to seriously stick some people in a room and keep them in there until they understand the enormous toll ulcerative colitis has taken on me, and what the lives of people who have Crohn’s disease or ulcerative colitis have to deal with each day.
It is strange in a way, because I was always such a private person, I liked that my illness was invisible. I liked that only those people I trusted enough to share with, would know my story. I never wanted anyone to know anything I was dealing with, or what my body and mind have been through. Now, I want the world to know, which makes having an invisible illness difficult.
When the world looks at me and sees me as a healthy 26 year old, I take it as that person is minimizing what I have been through, and continue to have to deal with everyday. I know that is not the intent, I know the comments about me gaining weight are meant to be positive (since I was very underweight), but I internalize them as “so glad you are healthy and everything is fine now.” I think that is what has happened because I have been suffering in silence for so long, with an illness that is very difficult to talk about, and one that will go undetected to your average person. I am not saying I wish I had a disease that was visible to the whole world…that, clearly, would not make me very happy either. It is almost like a lose-lose situation. I like the fact that I can hide things from people when I don’t feel comfortable sharing, yet I want everyone to know the struggles I have had to endure.
Living with an invisible illness has in many ways, forced me to make it a visible illness. Since I realized long ago that I had no control over my disease, and that nothing I did or didn’t do mattered, I went searching for the things I could control. In my case, that was my weight. Ulcerative colitis is a tricky disease for many reasons – one being that the focus on food is enormous. In a lot of ways, IBD is all about food…what foods are good for you, what foods are manageable, and what foods will land you in the ER with a blockage. It is because I have had to micromanage every single thing I put in my body, coupled with not wanting to hear the “you look so healthy” remarks, that I developed an untraditional eating disorder. I don’t know what else to call it. I don’t want to look sick, but I want it known that the things I have had to endure are unimaginable to someone who hasn’t experienced it first hand, or is the caretaker of someone who has. And since ulcerative colitis is an invisible illness, and it IS invisible illness week, I wanted to share a little bit about what that has done to me emotionally, and consequently, physically. 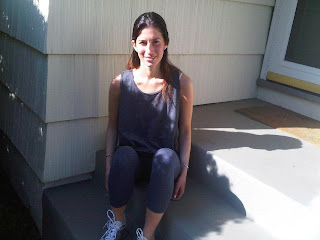 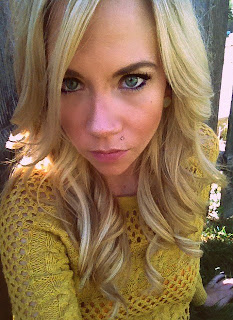 About Sara: Sara writes the blog Inflamed & Untamed and lives with Crohn’s disease, autoimmune arthritis, and a j-pouch. She has become well known in the community of Inflammatory Bowel Disease for her honest videos on YouTube and her work in the IBD community online and out in the real world.  Spending years living with her disease in isolation and feeling embarrassed and ashamed of herself and her symptoms, she now has a case of verbal diarrhea and can’t stop talking about the good, the bad, the ugly, and sometimes funny related to living life with Crohn’s disease and a j-pouch. She wants to be the voice she needed so badly when she was alone, and hopes to educate, inspire, and provide support to those who need it.